The Creation Chariot is a wheeled vehicle that, at the beginning of an Apotheosis, rests on the floor of the Pyramid Hollow. During the ritual, it is drawn up a track in the centre of the stair, so rising between the tiers. Processions march up on either side. It rolls on six wheels, each pair coloured: black, green and red respectively.

The core rituals of an Apotheosis are carried out on the platform on top of the Chariot. The Candidate stands surrounded by the Grand Sapients. Before him, in a ‘turtle hollow’ lies the Victim.

Note the torsion device standing up the steps and to one side. 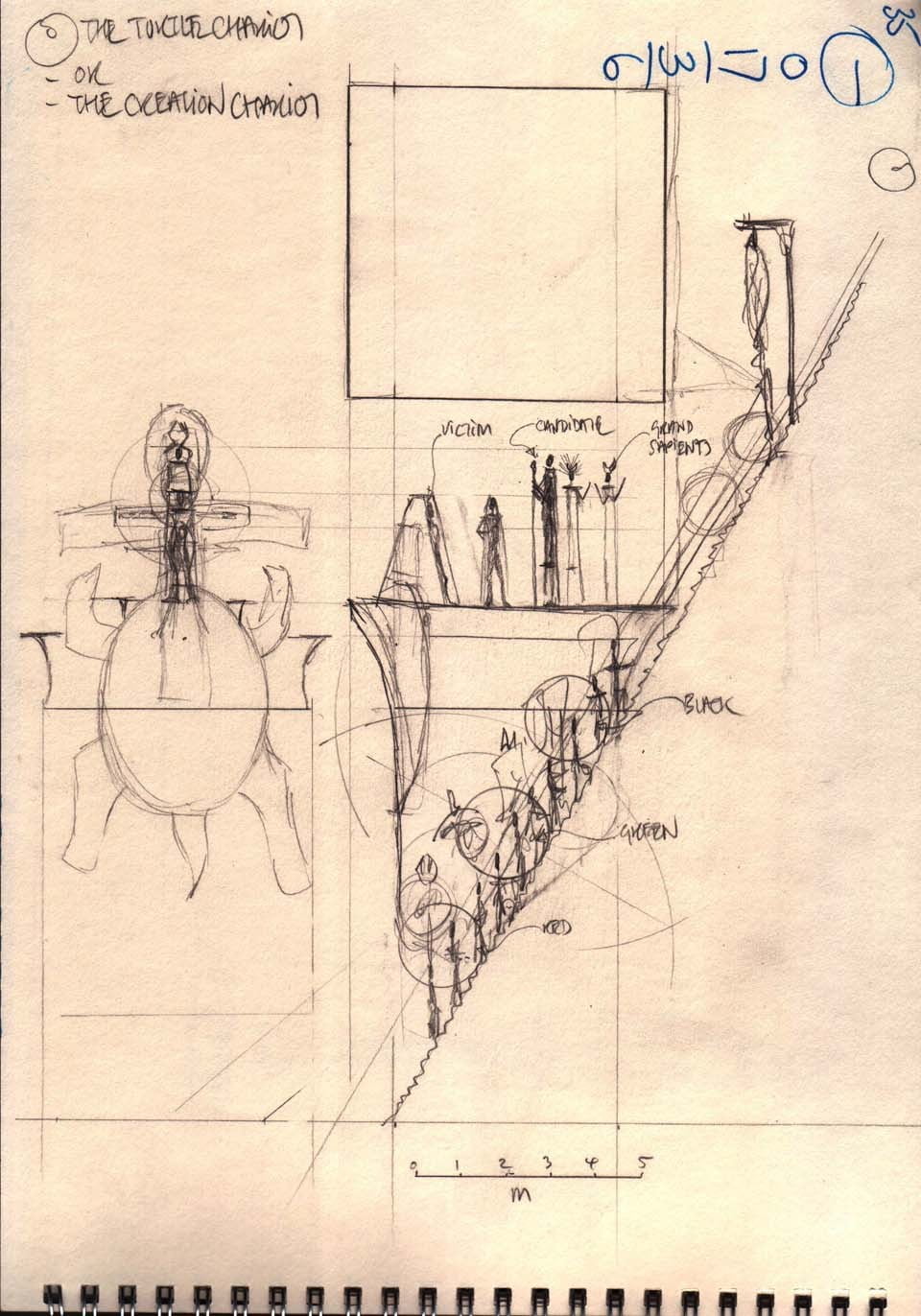 the Creation Chariot with elevation of Pyramid Hollow stair