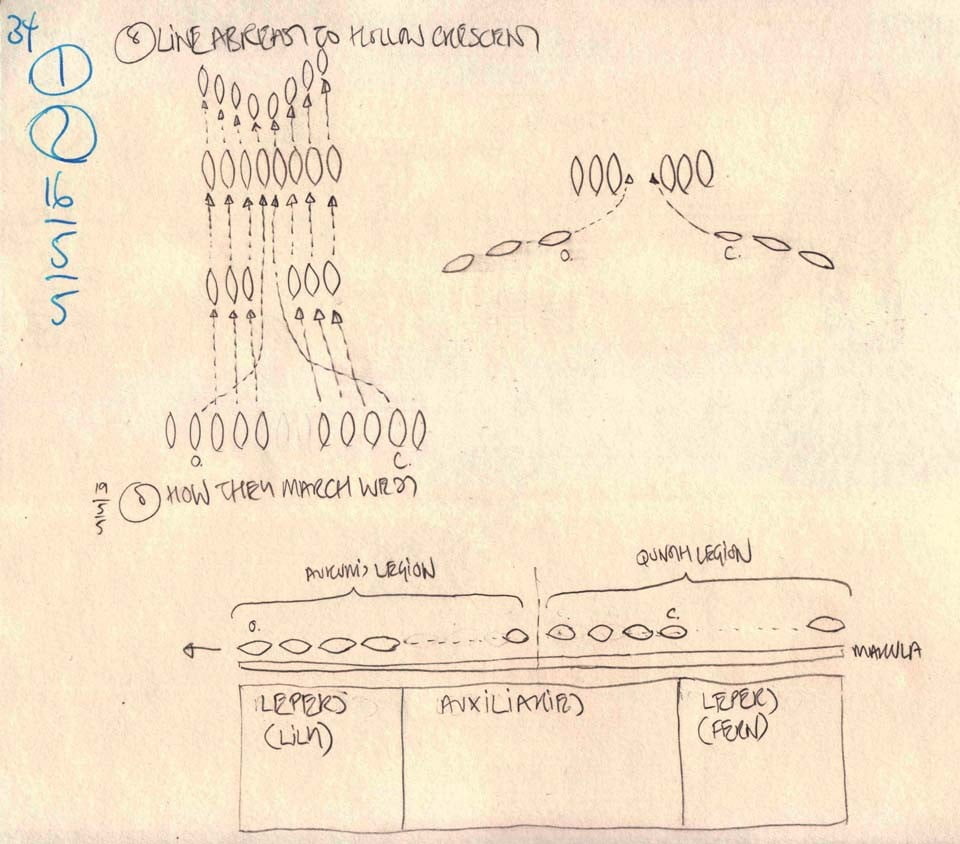 marching and deployment at the Battle of Makar

Above the lowest diagram shows how Osidian and Carnelian march their forces west. Their positions in the line are shown. Taking advantage of the wind blowing from the south-west, they cover their advance with the clouds of dust the dragons raise. The rest of their forces are protected by marchin up wind of the dragons – the positions of the various contingents are shown.

The top right diagram shows how Carnelian and Osidian (once Osidian has brought Heart-of-Thunder back to the centre of their line) feed their wings into the centre of the proto-crescent so that they end up at its centre at the head of two columns of dragons. 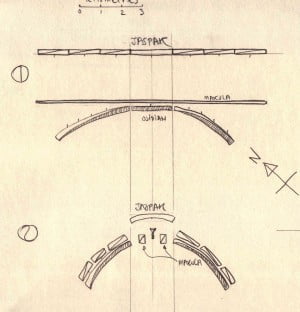 initial phases of the Battle of Makar… 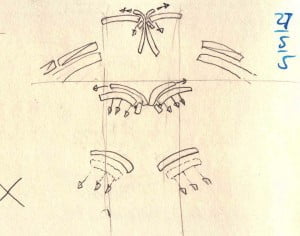 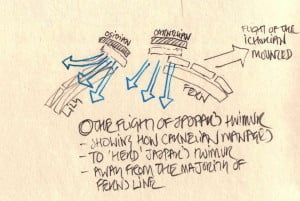 The first diagram to the right shows the initial phases of the battle (blocks with diagonal lines through them indicate aquar mounted forces – only partially so in the case of the Lepers). Osidian advance his Marula as a screen to conceal his refused flanks. Jaspar’s mounted troops charge forward to engage Osidian’s flanks. Meanwhile, Carnelian and Osidian advance their dragon in the hollow crescent formation.

The second diagram to the right shows – in 3 phases – the situation once the dragons have engaged. Carnelian and Osidian’s hollow crescent punctures the centre of Jaspar’s dragon line. The two ‘horns of the crescent force open the breach and Carnelian and Osidian’s columns break through. Running right and left behind Jaspar’s line they pour fire onto the flanks of his dragons who break.

The bottom diagram shows how, just in time, Carnelian sees that Jaspar’s fleeing dragons are going to stampede over Fern’s Lepers and he herds them away into the now open centre. Osidian, however, drives the dragons he is pursuing directly towards Lily’s line.