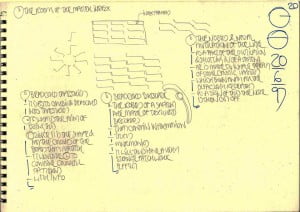 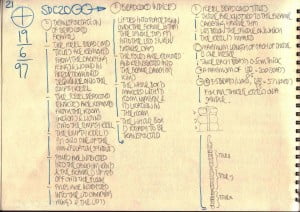 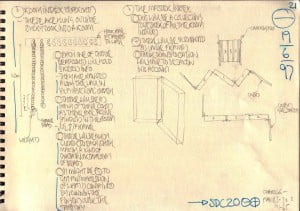 folding frames of the Master Index

More than a location, the Library of the Wise refers to the 2500 or so benches with their more than 30,000 reels of beadcord that constitute the written works of the Wise. That said, there are two specific locations at which the Library is generally found: the Halls of Thunder and in the Halls of Rebirth built into the wall of the Plain of Thrones. The benches, closed for transport, accompany the Wise as they join the yearly migration of the court from the Labyrinth up into the heights of the Pillar of Heaven and back again.

The Library consists not only of the benches with their reels, but also of a system of indices that allow the chamber in which a bench is located—the particular bench itself as well as a specific reel—to be found.