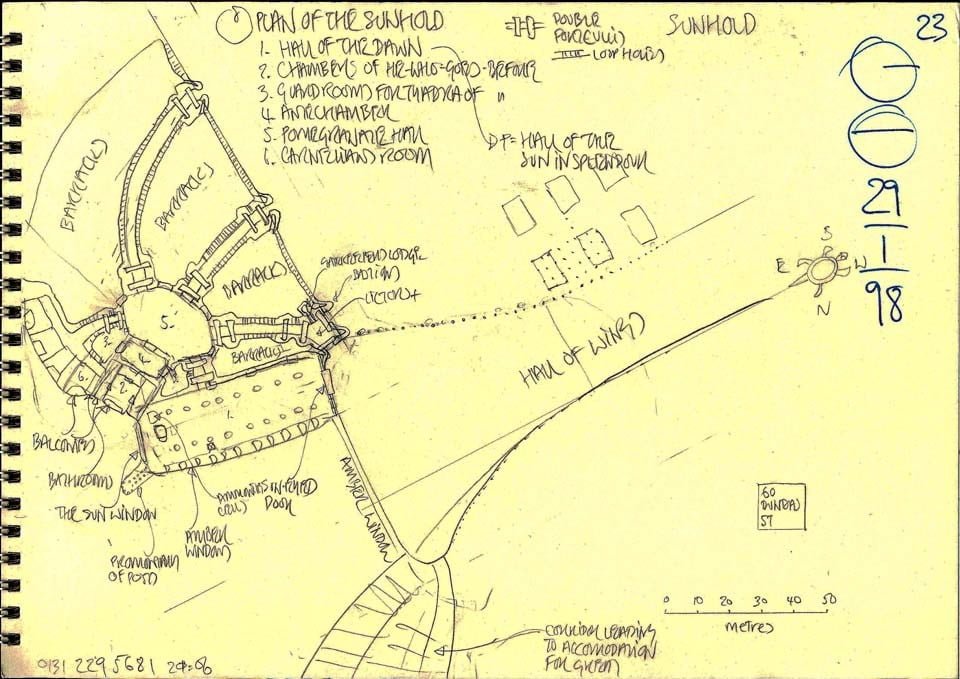 a plan of the Sunhold and the Hall of Wings

The Sunhold is delved into the eastern edge of the Pillar of Heaven. It connects to the Encampment of the Seraphim by means of three well-defended passages culminating in double portcullises. Besides the barracks and the suite of chambers for He-who-goes-before and his attendants, the Sunhold also contains the Hall of the Sun in Splendour. It is here that He-who-goes-before holds court. The Hall connects directly to the nave of the Hall of Wings through the Sun-Eyed Door.

All of these locations appear in The Chosen. Specifically in the chapter entitled: “The Moon-Eyed Door”. It is in the Hall of the Sun in Splendour that Suth, his father, negotiates for votes with the rest of the Great. Note the promontory extending north-eastwards from the Hall where Suth and Carnelian stand looking down into the Plain of Thrones.