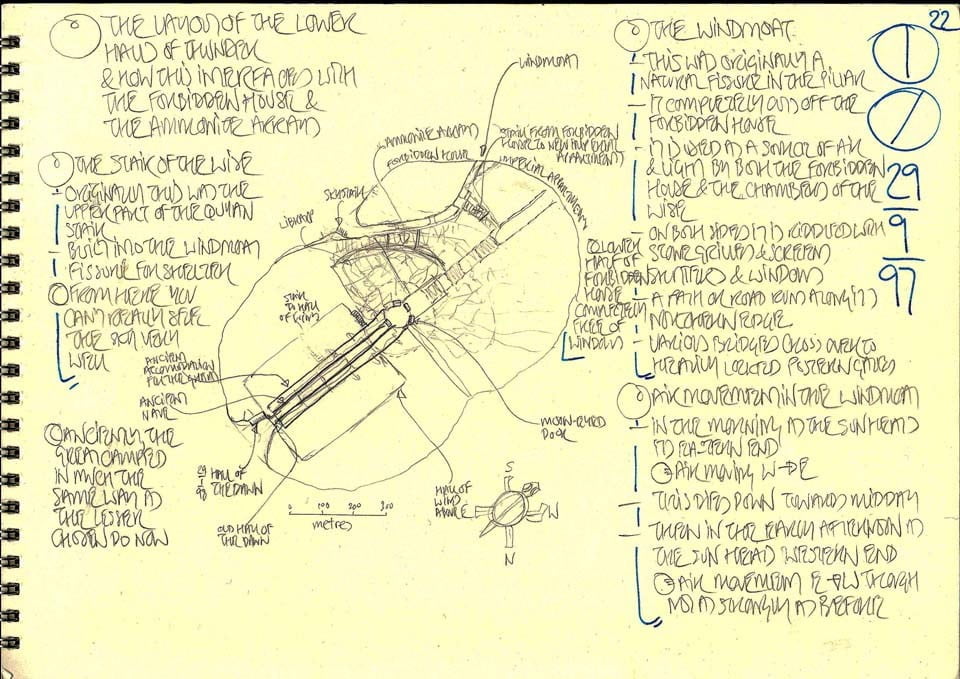 plan of the ancient Halls of Thunder

Ancient halls underlie the Halls of Thunder described in The Chosen. These once performed the same role as the new halls above—that include the addition of the Encampment of the Seraphim (that is shown superimposed on the plan and labelled “Hall of Wings”), the Chamber of the Three Lands etc. It is these halls that Carnelian reaches by descending from the Hall of the Sun in Splendour in the Sunhold and then goes exploring and finds his way through the Moon-Eyed Door into the labyrinth of chambers used by the Wise which include the Library of the Wise and the ammonite arrays.

Also shown is the Forbidden House of the House of the Masks that is separated from the rest of the Pillar of Heaven by a narrow ravine, the Windmoat, and that gives access to the secret way, the Quyan Stair.