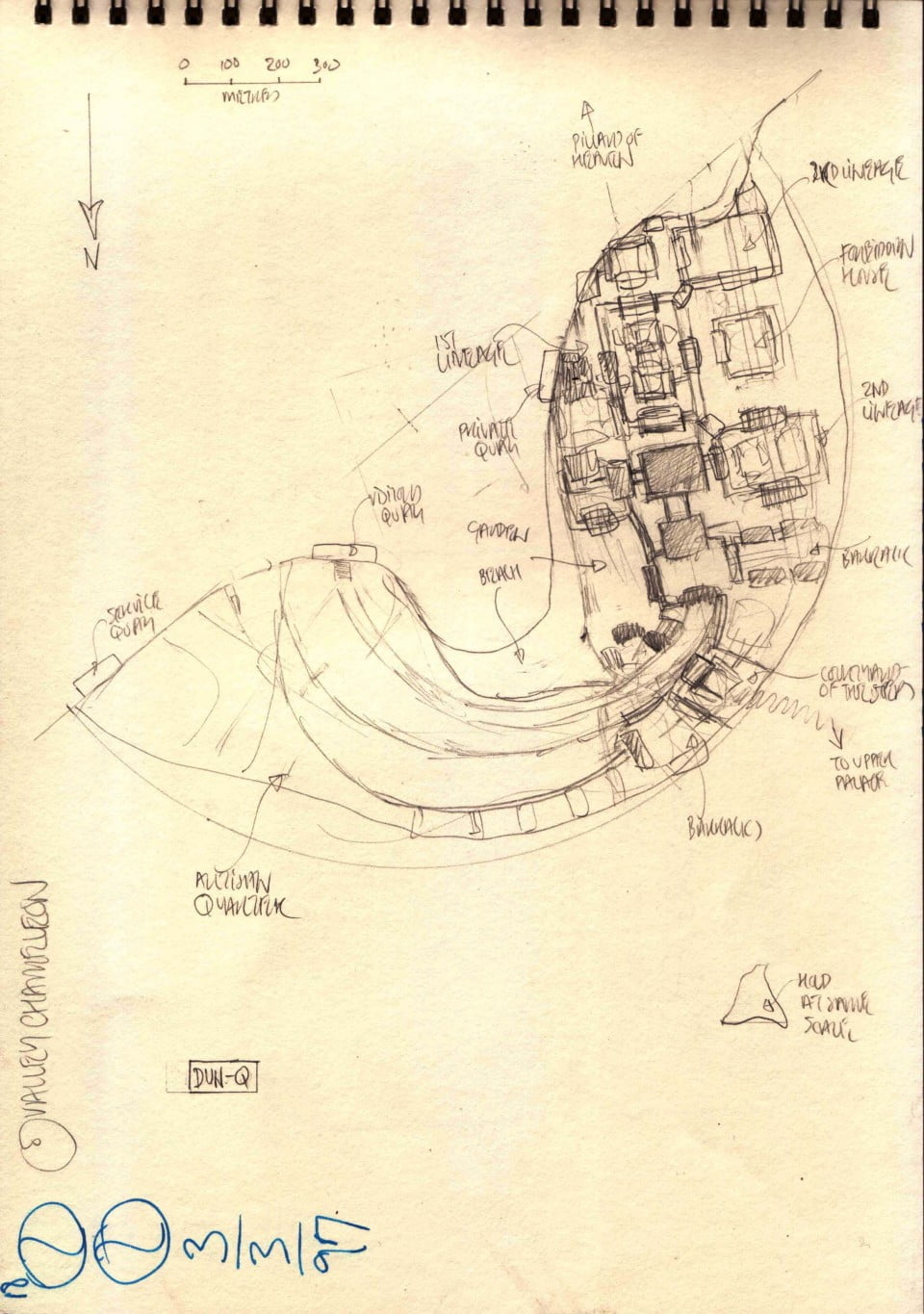 a map of Coomb Suth

This map shows the lower palaces of House Suth built on the curl of land forming the floor of a semi-circular coomb or valley that is open to the Skymere along its south-eastern edge. An idea of how large this domain is can be gleaned by comparing it with the ‘nose’ like structure, shown in the bottom right hand corner, that is the Hold drawn to the same scale.

Much of the available land in the coomb is built upon. The greater part is taken up by an intricate complex of halls and courts organized to provide interlocking spaces that become increasingly more private as one moves towards their centre. There are public spaces and those dedicated to each of the various lineages as marked. Also shown is the Forbidden House where all the women of House Suth are sequestered.

The coomb is reached by means of either the Visitor’s Quay, the Private Quay—used exclusively by the Chosen members of the House—and another quay that is used by members of the household, and to receive goods and materials.

The north-eastern part of the coomb is taken up with buildings given over to the household and the many artisans that the House needs. A barracks for the tyadra (guardsmen) is located beside the court through which the palace complex is entered. Also shown is the beginning of the stairs that lead up to the Eyries—a complex of summer palaces built high up the Sacred Wall.

The carved pebble beach—where Carnelian comes ashore in The Chosen—is shown, as well as the garden he crosses to enter the palaces.