The Stone Dance Bible / The Standing Dead / The Earthsky / The Grove

The Grove is the collection of cedars, or mother trees, covering the slopes of the hill that rises at the centre of the Koppie. All the koppies of the Plainsmen are built around such a hill, and the grove of the Ochre is typical. 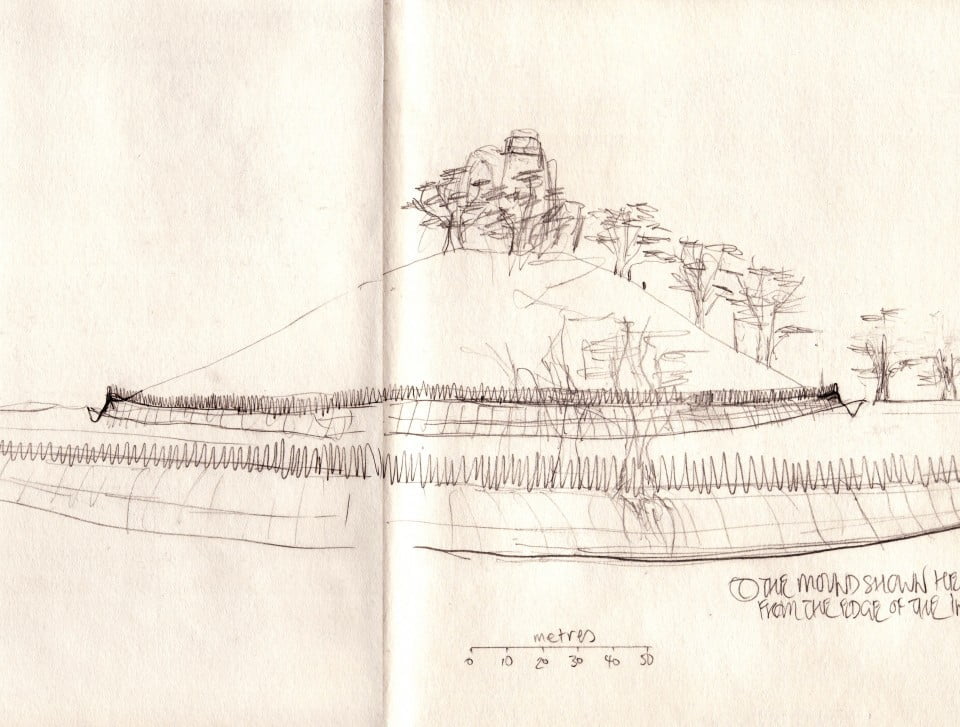 The first diagram is a rough sketch showing this mound, surrounded by the Homeditch (only a few of the cedars are shown). At the very summit of the hill, at the heart of the Grove, is the Crag; rocks that rise above the cedars among which is built the Ancestor House of the Ochre, and upon the summit of which they expose their dead. 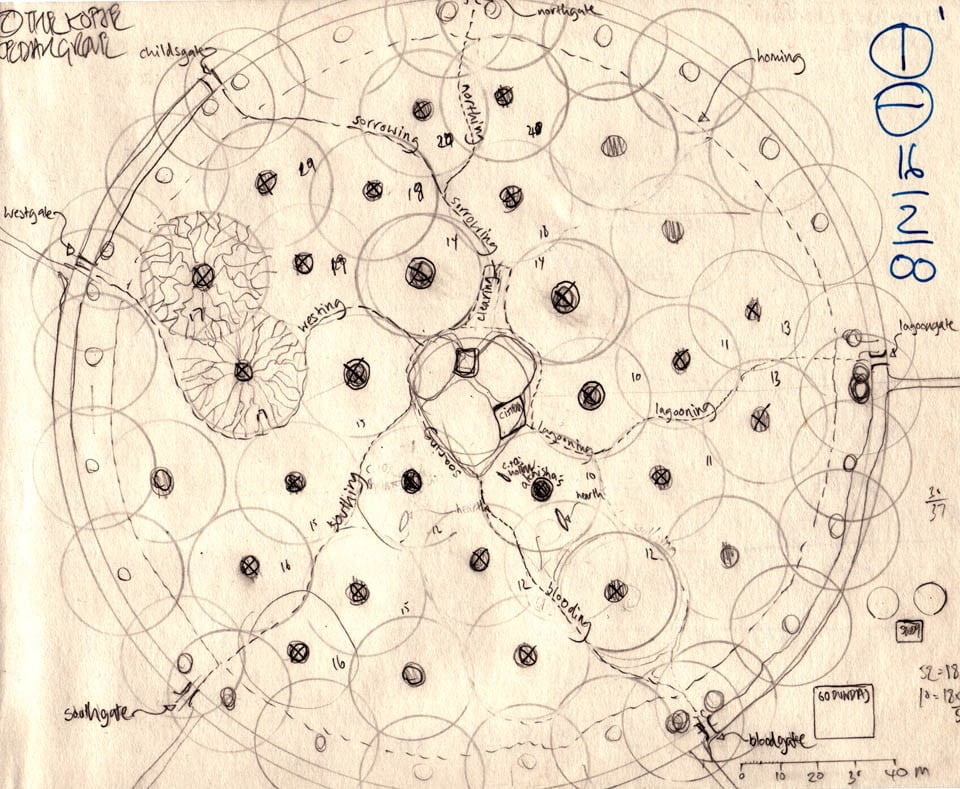 The second diagram shows the original map of the Grove that I used throughout the writing of The Standing Dead. (To read the labels, it might be easier to refer to Neil Gower’s version.) The small dark circles indicate the trunks of individual cedars. Those with crosses are trees belonging to a ‘hearth’. The larger circles give an indication of how far the branches of each tree extend and thus the extent of each hearth’s ‘rootearth’ or territory.

Note how more densely packed are the cedars around the Homeditch. This is so that their roots will reinforce the ditch. Also of note are the various ‘rootstairs’ that wind down the slopes, along the edges of the various rootearths, to the gates and earthbridges that cross the Homeditch to the ferngardens.

At the centre of the Grove are located the three immense boulders that together form the Crag. The square nestling between two of them, to the north, is the Ancestor House. The other square to the east is the cistern. Touching this, to the south-east, is the rootearth of Akaisha’s hearth. 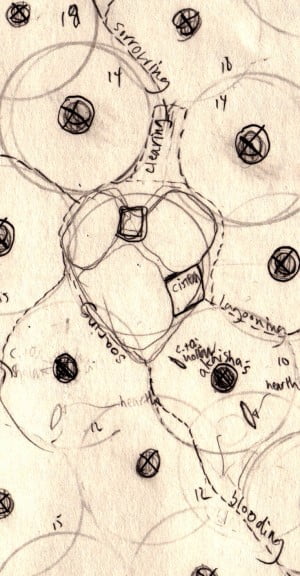 the heart of the Grove

The third diagram is a detail from the Grove map. I have included this so that it is easier to see the Crag and Akaisha’s mother tree in particular. Both the actual hearth and the hollow where Carnelian and Osidian sleep are marked.

Note also the clearing that the Ancestor House looks down into.