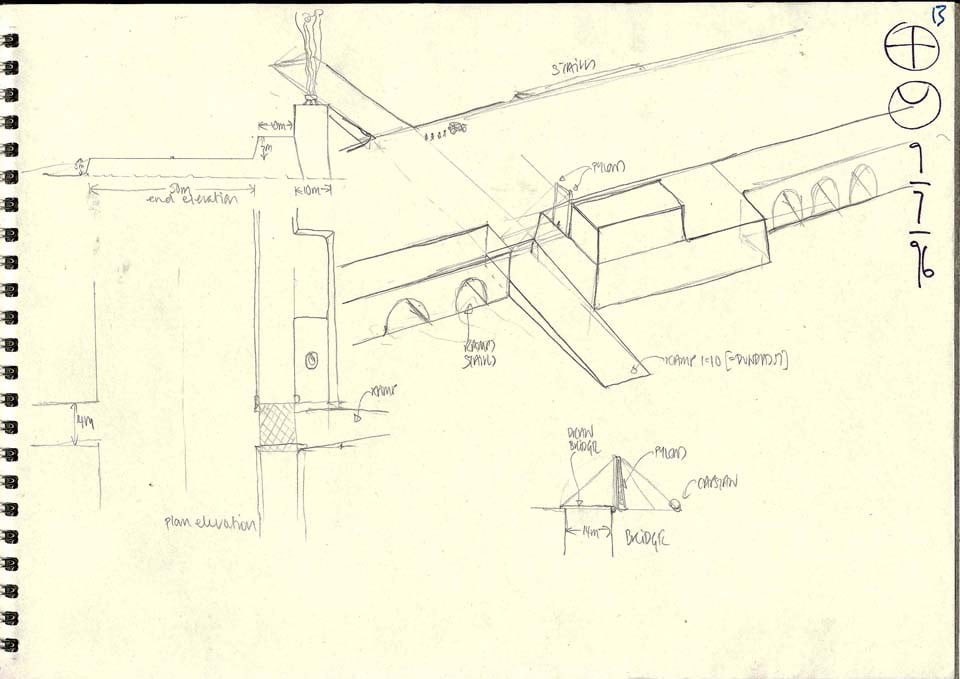 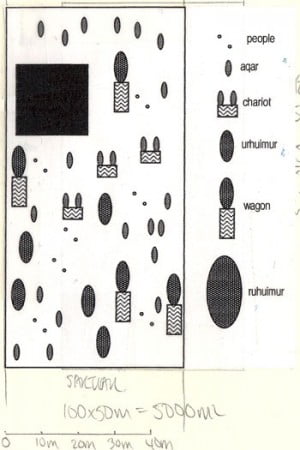 a study of traffic on raised roads

Here is a diagram which shows a typical section of the raised roads which criss-cross the Guarded Land. The scale is given by the procession of four figures followed by a vehicle of some kind which can be seen moving along the road at the top left.

It should be noted that my conception of watch-towers had not yet been fully developed. Here one is represented as a simple rectangular structure. The brazier producing smoke as a form of sending signals was later superseded by a heliograph.

The second diagram is a result of a study I did into the density of traffic on one of the ‘spoke’ roads leading to Osrakum. This is typical of some of the excesses that I got into when writing The Chosen (First Edition). I wanted to know what the road might look like from a leftway. There is a subtle inference that can be drawn from the diagram that should become clear on completion of the Stone Dance.