The Stone Dance Bible / The Masters / The Guarded Land 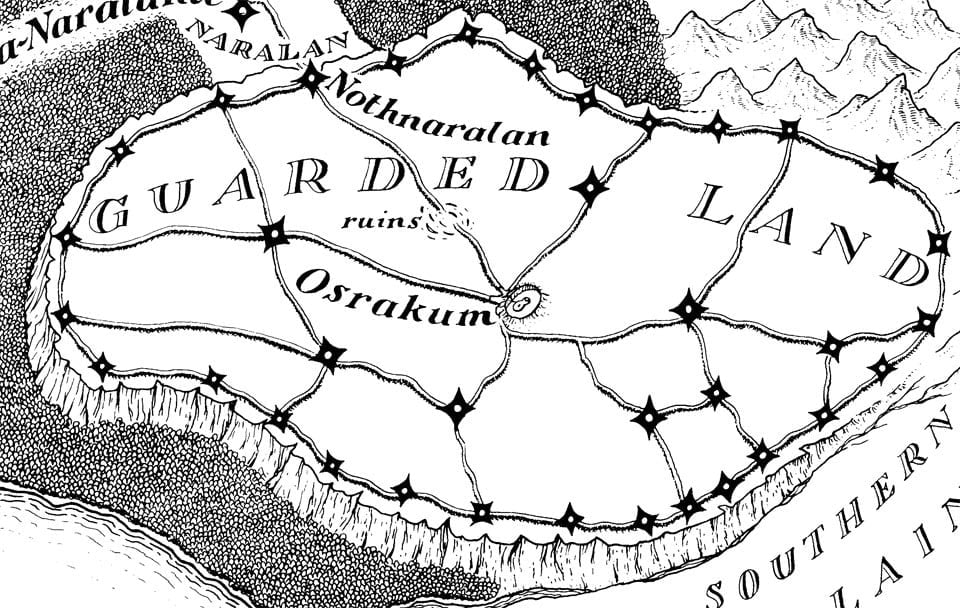 The Guarded Land plateau, with the Osrakum caldera at its heart, showing the network of raised roads with its watchtowers. The road that runs around the edge of the plateau links cities, such as Nothnaralan and Makar, into the defensive system called the Ringwall. Each city is garrisoned by a legion. The cities in the interior are each garrisoned by two. The greatest city of all is the City at the Gates lying at the convergence of the road system to the west of Osrakum. A network of tracks grids the whole of the Guarded Land; there is a sartlar kraal at every intersection of these tracks.