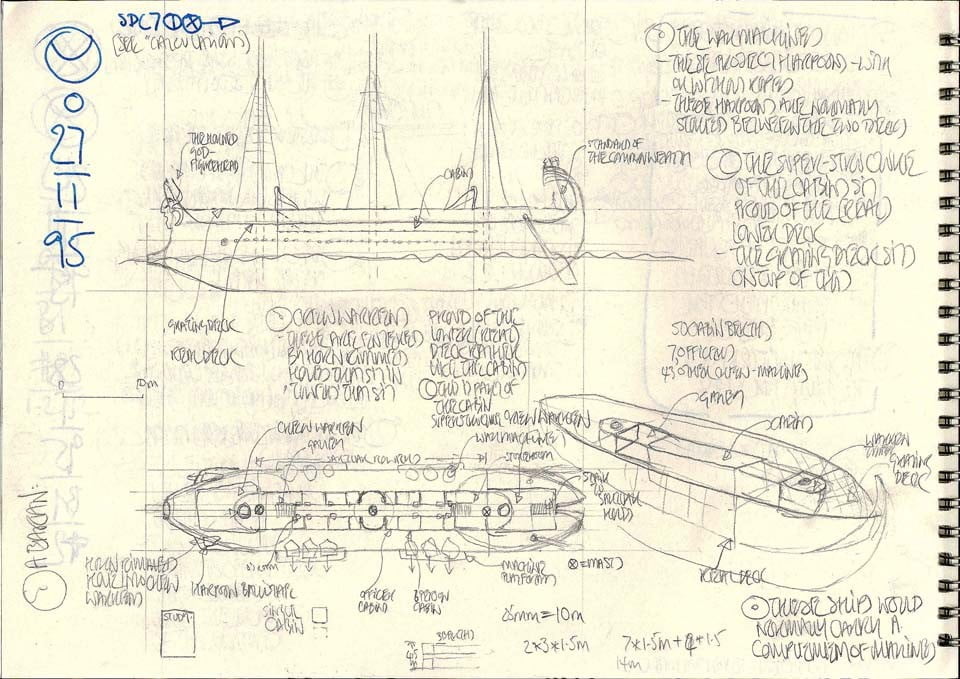 constructional diagrams and calculations for barans 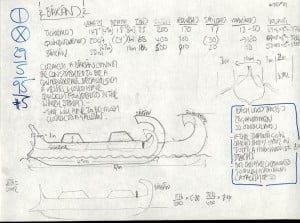 The first image shows a baran. The second shows how I derived this class of ships by comparison with ancient oared warships—specifically, triremes and quinqueremes. Among other things, this allowed me to deduce speed and handling characteristics.

A baran is a type of warship [the term being one of the few uses of Quya that has been retained in the text of the Stone Dance]. Barans are formed up into squadrons attached to one of the three Cities of the Sea of which the greatest, Thuyakalrul, has perhaps 100.

Each baran has three masts and can also be driven by oars—for which purpose a complement of more than 400 sartlar is permanently maintained in the lower holds. The masts can be ‘shipped’—that is, lowered—to allow the vessel to be rowed into confined spaces.

The purpose of the barans is to keep the sea lanes free from pirates, and so allow the merchants of the Cities of the Sea to obtain rare and exotic merchandise that the Chosen covet and consume.