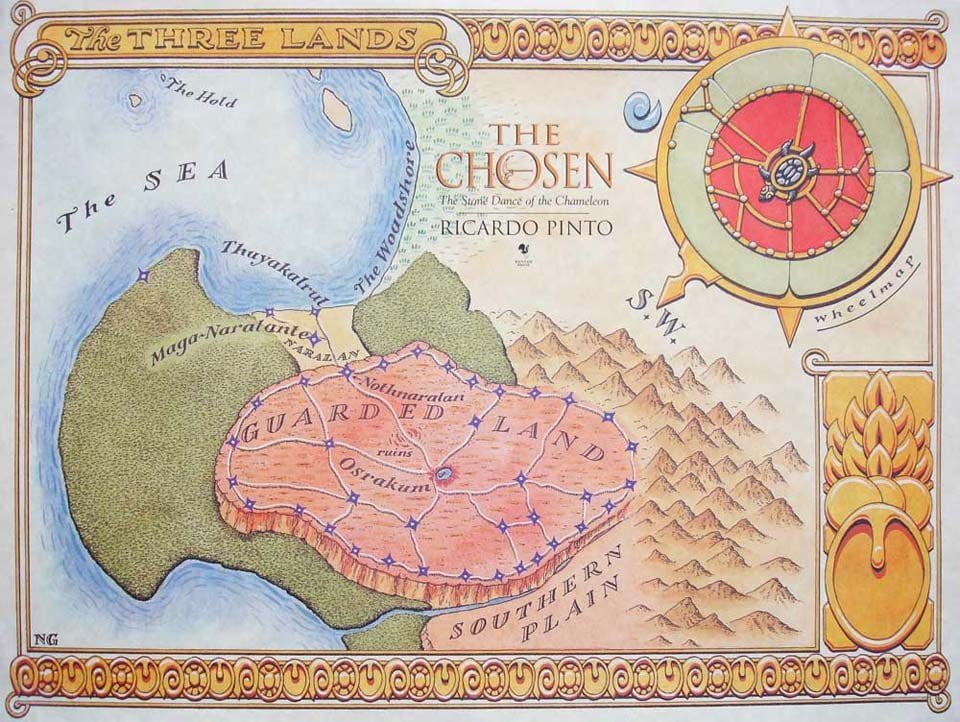 a map of the Three Lands © Neil Gower

The Earthsky is one of the ‘barbarian’ lands that form part of the Masters’ Green Land.