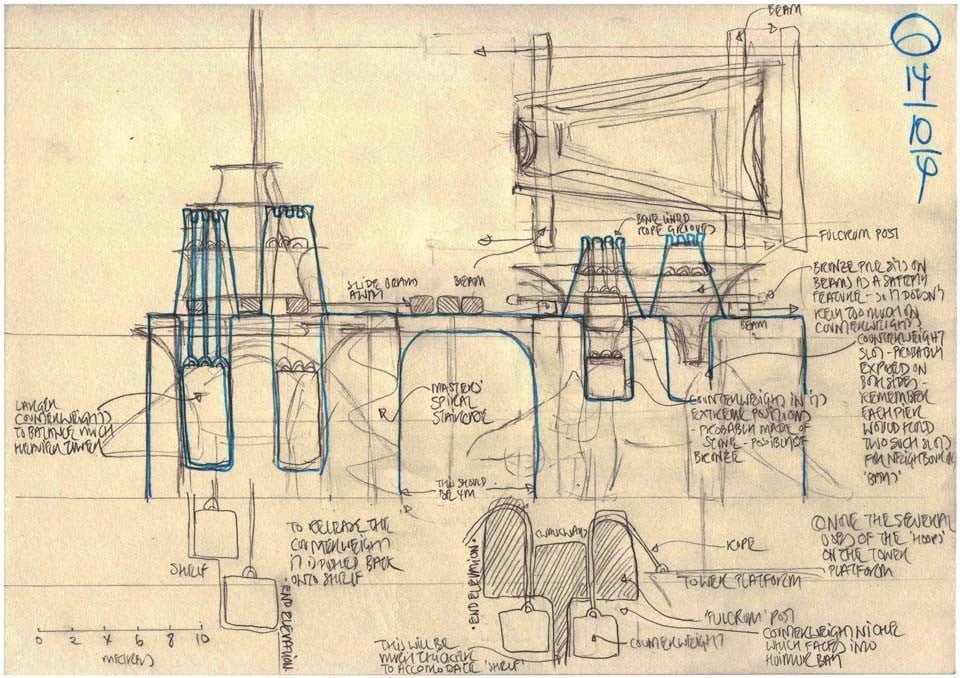 detail of structures and mechanisms edging the cothon 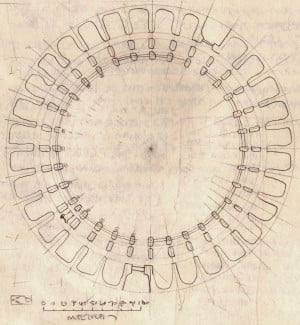 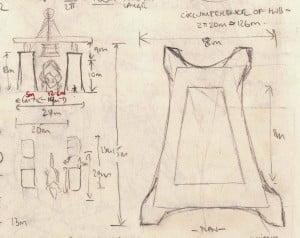 my initial exploration of the cothon mechanisms

The diagram to the right shows a plan of a typical cothon. Around its edge are the deep vaults in which the dragon ruhuimur are stabled. Within this are two further rings, of piers. The innermost one is where the dragon towers proper are stored. The ring between this and that of the vaults is where the tower bases are stored. The two major components of each tower are suspended upon beams and rigging above the gaps in between the piers, to allow a dragon, moving from its vault towards the centre of the cothon, to pass beneath each tower component. As the dragon does so, the tower components are lowered on to it and, as the monster’s strength returns after its period of sleep, its tower is assembled on its back.

The diagram above is a view from the side (with the centre of the cothon to the left, vaults to the right) of a pair of piers. The faint outline of a dragon can be seen standing beside the right pier… it is waiting for the tower base shown above (and in plan in the expanded version of the diagram) to be lowered first onto its back. Later it will move towards the left, beside the second pier, where the truncated pyramid of its tower proper will be lowered and joined to the tower base.

The final diagram shows my initial exploration of the cothon mechanisms. The shape on the right is a tower base seen from above, tapering towards its front. The top left shows a pair of piers with a dragon between them facing us, a tower ‘pyramid’ suspended above it. The bottom left shows the same dragon from above between the two inner piers.