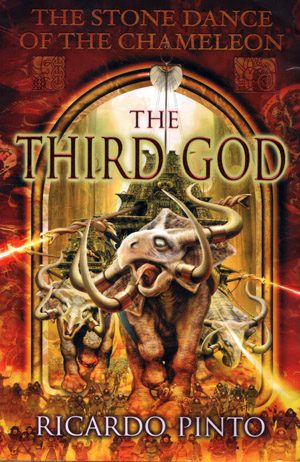 "Pinto’s bizarre imagination stays creative to the end. There’s always a fresh horror around the corner, a new revelation or a scene of surreal beauty … the flavour is unique. Huge, breathtaking, exhausting and compelling" - SFX

Amidst the massacre he himself helped bring about, Carnelian is now desperate to find a way to avoid more carnage. But it is too late for that. His spurned lover, Osidian, seeking revenge and determined to win back his stolen throne, has deliberately stoked the wrath of the Masters who rule the world from its centre, Osrakum. Osidian’s actions have stirred into motion political events in Osrakum which threaten to overturn the millennial repressive order of the Commonwealth.

In his struggle he will find unlooked-for allies and guidance with dreadful motives of its own. And ultimately, he will unleash apocalyptic forces which will bring him and his world to a reckoning none could have forseen, though it has been simmering for four thousand years. 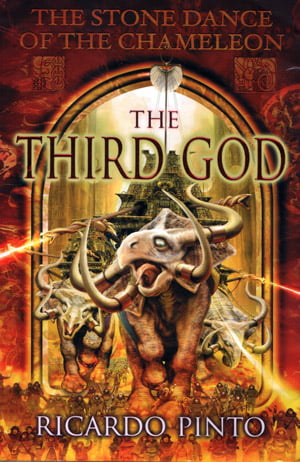 This edition is now out of print but can be bought second hand. I’m working on a 2nd edition

This edition is now out of print but can be bought second hand. I’m working on a 2nd edition 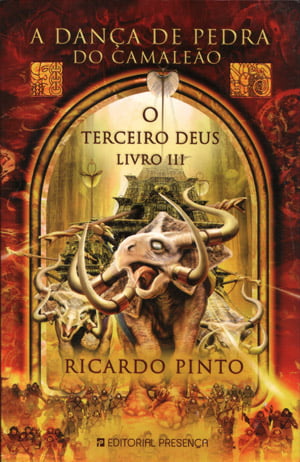 Alas, the translator of the first two books of The Stone Dance of the Chameleon, Wolfgang Krege, died and so there was no German edition of The Third God

Tor chose not to publish The Third God